About Our Coaching Services 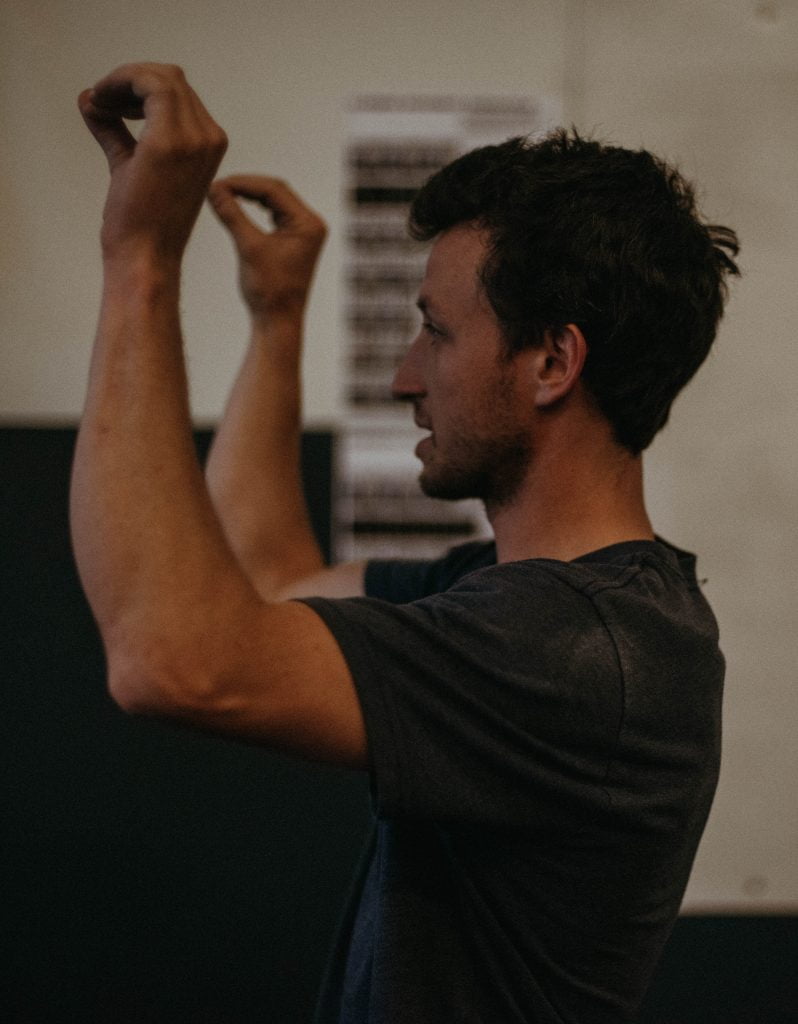 Our coaching is the heart of all we do at Climb Strong. We are dedicated to helping athletes stay healthy, avoid injury, and improve performance. Our programs are highly individualized but are principle-based and are flexible. We build all of our coaching based on a 1-year overview, with the training broken down into 4-week focus blocks.

As an athlete, you’ll have access to your program via the Climb Strong mobile app, and can communicate with your coach via the app or via email. Once each month, you’ll have a special meeting with your coach to determine how well the previous plan worked, what’s coming next, and any adjustments that need to be made.

In addition to your workouts, your coach will plan regularly scheduled tests and measurements to make sure you are on track. We’ll help you not only with planning, but can work with you on exercise technique, climbing tactics, and even general fitness and weight management. Our coaching staff consult with a wide network of doctors, therapists, and dietitians to assure you are getting the most out of your time with us.

Kathryn moved to Lander, Wyoming for the Winds and stayed for Sinks Canyon. She started climbing in New England while getting her bachelor’s degree from Harvard. Her climbing has since taken her all over the world— from Spain to France to Yosemite. She is a NSCA Certified Personal Trainer and has taught climbing for six years. She began as an athlete training with Climb Strong, and she has learned that we are all far more capable and powerful than we can imagine. She is thrilled to be a Climb Strong coach and is available for consultations and monthly programming.

Chrissy is a high-level and dedicated rock climber originally from New Jersey who now resides in Colorado, and has been sport and trad climbing for over 10 years. She holds a Masters of Science in Physics, an M.A.Ed. in Curriculum and Instruction, is a Certified Performance Climbing Coach as well as a Level II USA Climbing Coach. Chrissy’s passion for climbing has led her to travel as far and wide as trad climbing in Arapiles, to sport climbing in Kalymnos and alpine in the Bugaboos.

Chrissy has coached all ages of climbers from the competitive youth circuit through accomplished adult athletes, and takes her athlete’s training and success as seriously as she takes her own. Her nerdy past causes her to spend great amounts of time researching strength metrics for climbing, training methodology and movement analysis. Chrissy is available for training consultations and for long-term climbing coaching.

Guiding and personal climbing have taken her all over the world, from rock to ice to snow, and she enjoys all these various facets of climbing. Carly has been climbing since 2007 and is based in Fort Collins, Colorado. She did her Undergraduate studies in Boulder, Colorado, where she finished her degree between working trips to India and Nepal.

The last expedition she guided was on Denali, in Alaska,  in 2018. Not long after this trip, she was diagnosed with Multiple Sclerosis. She threw herself back into rock climbing and found she needed more specific guidance on how to train herself, not only with the disease progression but also as she has naturally aged since the last time she was climbing at a high level.

Training for climbing has since impacted her life tremendously, both as an athlete and as someone with Multiple Sclerosis. Climb Strong has given her the opportunity to keep learning, to keep growing, as a coach and a climber. Her own success with training has influenced her to share Climb Strong’s training with others, and to encourage people: no matter what their body’s limitations are - there is always a way forward.

Ken is a National Academy of Sports Medicine (NASM) Certified Personal Trainer, Certified Performance Climbing Coach, and Northern Colorado Climber’s Coalition Board Member.  His climbing travels have taken him all over the world from the amazing limestone walls of Spain and Mexico to the expansive boulder fields of the Rocklands of South Africa.

He has coached and instructed rock climbing in every capacity: from youth teams to accredited college courses. His passion for coaching is matched by his ability to connect with climbers of all levels. Ken is constantly evolving as a climber; whether he is repeating a climb in Rocky Mountain National Park or working on a project 9,000 miles away, he is always learning to look more closely at himself and his own climbing, while consistently trying hard and having fun.

Charlie has been with Climb Strong for 7 years. A high-level boulderer and rock climber, he focuses on personal training and coaching, and works with climbers from around the US. Charlie now heads the Elemental Strength program in Lander, and is a frequent contributor to the Climb Strong site. He is the author of the Climb Strong Deadlifting Manual and the forthcoming Strength Training for Climbers, and is one of the lead instructors at the Performance Climbing Coach events. He offers single-session consultations and monthly coaching programs.

Alex is a high-level rock climber that originally moved to Lander to train at Elemental as part of the Climb Strong Program. He has been climbing for ten years and is well versed in anything from big wall free climbs to hard boulder problems and competition climbing. He has lived in Lander since 2016 and has worked and trained with Climb Strong since day one. In seeing the success of his own climbing Alex has since taken a role in passing on this valuable knowledge to others eager to push their own limits. Alex is available for training consultations and for long-term climbing coaching.

Steve is the founder of Climb Strong. A climber for more than 30 years, Steve has established over 300 new routes across the globe, from grade VI big wall free climbs to 25-foot sport routes on his home crags near Lander, Wyoming. An exercise science graduate of the University of Wyoming, Steve has been studying and experimenting with climbing training methods since his teens. After spending a few years as a full-time climber, Steve opened Elemental Performance + Fitness in 2002. Elemental is a full-service gym in Lander, but was built around the training needs of high-level climbers.

Andrew is an NSCA Certified Personal Trainer who currently resides in Salt Lake City, Utah. He has a background in athletic strength training, and has been teaching and coaching climbers professionally for over 6 years. Originally from Colorado Springs, he cut his teeth on the sandstone towers of Garden of the Gods and limestone cliffs of Shelf Road. He has since traveled the country to climb, and is particularly fond of Smith Rock, Bishop, and Chattanooga. Training has tremendously improved Andrew's performance on the rock for sport, bouldering, and trad. Now as a Climb Strong coach, Andrew is excited to use his knowledge and experience to help others reach their climbing goals.

AJ is a Doctor of Physical Therapy and Orthopaedic Clinical Specialist who currently lives and works in Bozeman, MT. With a comprehensive background in biomechanics, sports performance, and exercise physiology, he is able to provide a unique perspective and comprehensive coaching and training packages for climbing athletes.

As a Wisconsin native who made his way to Flagstaff, AZ to pursue altitude training as a competitive runner, he soon shifted away from running to pursue the never-ending climbing opportunities in the southwest and around the country.

Living and climbing in the desert southwest allowed AJ to understand and experience what it means to have a year-round climbing season and learn the kinds of programming required to perform at a high level consistently. In contrast, Montana has provided a seasonal climbing trend and the distinct training months/seasons that can be programmed for planned road trips or extended periods of desired peak climbing performance during an athlete's local “climbing season”.

Celeste is a Certified Performance Climbing Coach and lives in Bishop, CA. Originally from Northern California, she ran cross country and track at Williams College in Massachusetts and found and fell in love with climbing when she moved back to the Bay Area after earning her undergraduate degree.

Drawn by the mountains, community, and access to phenomenal rock, Celeste and her husband moved to the Eastern Sierra in 2019. Celeste is passionate about all things climbing and training, from physical performance to mental tactics to making climbing a fulfilling and sustainable part of life. Her own success with training and her desire to have a positive impact on others motivates her to share Climb Strong’s training and philosophy.

Celeste is thrilled to be part of the Climb Strong team and is excited to share the psych and help others push their limits and realize their potential.

Micah has been cultivating his climbing practice for more than twenty years. He has climbed all over the world including dozens of first ascents on the Central Coast of California and Oregon’s Willamette Valley. Despite entering his fourth decade in 2021, he continues to slowly, yet steadily, improve.

As a coach, Micah draws on a variety of experiences to support his athletes. He is well versed in climbing specific training modalities and holds a Performance Climbing Coach Certificate. He spent the first half of his twenties deeply committed to Ashtanga yoga practicing under the guidance of Steve Dwelley and Michele Nichols. He also spent 3 months at Shri K. Pattabhi Jois Ashtanga Yoga Institute in Mysore, India. As a former professional chef, Micah has extensive culinary experience and holds Nutrition Educator and Natural Chef’s certificates from Bauman College. He’s also earned an MBA in Entrepreneurship from University of Oregon and a BA in Philosophy from University of California at Santa Barbara.

Rachel discovered rock climbing 14 years ago. She immediately fell in love with the sport and the way it pushed her both physically and mentally. Since that time, Rachel’s climbing career has taken her all over the country with experience in everything from multi-pitch trad climbing in Arizona - to the wondrous sport climbing at Shelf Road in Colorado - to endurance climbing in the annual 24 Hours of Horseshoe Hell in Arkansas (24HHH). She is currently pursuing the NASM personal trainer and AMGA Single Pitch Instructor certifications.

After struggling early on with plateaus and overuse injuries early in her own climbing career, Rachel began researching solutions and discovered the many benefits of climbing specific training. An intensive regimen of self-study, research, and coursework on the subject allowed Rachel to begin rehabilitating her injuries and pushing past her plateaus. Seeing other climbers also struggling with similar issues, Rachel realized that she could help them too and this developed into a passion for assisting others with maintaining balance in the body while pushing ever higher for gains in strength and technique. Rachel put her passion into practice, opening a business in her local area to build training plans and offer coaching services to local athletes. In this position, she helped multiple clients of various ability levels to safely build strength and reach new heights in their climbing.

As Rachel’s coaching career developed, she realized that her passion for climbing training aligns directly with Climb Strong’s mission, energy, and approach for helping climbers improve performance while avoiding injury. Working now with Climb Strong as a coach Rachel is excited to continue pursuing her passion to help climbers progress through individualized training. Her favorite thing in the world is seeing people get stronger and crush their projects!